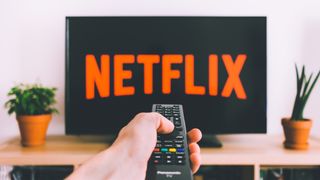 Netflix announced this news in aHelp pagethat cites “technical limitations” for the end of support. While the company didn’t formally name any devices losing access,Lifehackernoticed a Samsung help page that specifies “Netflix will no longer be supported on 2010 and 2011 TVs” on Dec. 1.

According to that Lifehacker post, the following Roku devices will also lose Netflix: Roku 2000C, Roku 2050X, Roku 2100X, Roku HD, Roku SD, Roku XD and Roku XR. The story also warns that Netflix won’t work on “Roku devices that cannot auto-play the next episode,” which suggests that if Netflix is done with your device if it can’t keep automatically feeding you content.

Worried that your device is about to lose Netflix? Check outNetflix’s guide to supported devices, that breaks support down by brand.

This is all a reminder that nothing is permanent in the era of streaming media. Licenses will expire, stripping content off of services, while streaming sticks and apps eventually bite the dust due to … well, “reasons.”

We’ll stay on top of this story and let you know if other devices are losing Netflix. Sadly, it’s likely that more will be added considering that Roku isn’t the only company that has been making streaming devices for years.